Following my post on the dearly deceased and established designer Alexander McQueen, I once again decided to concentrate on an up and coming designer. Today, I wish to give a spotlight to the hypnotically beautiful and talented Katie Gallagher. Her aesthetic is dark, mysterious and inspired by nature. She concentrates on both ready to wear looks and haute couture pieces. Here we go: 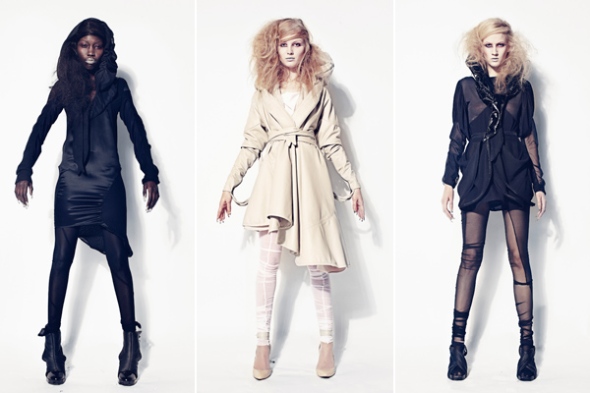 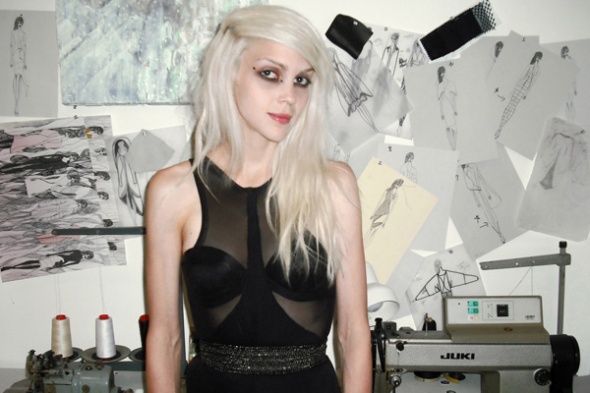 Born on August, 15 1986 in Western Pennsylvania, Ms. Gallagher did not come from a fashion capital. As a child, Gallagher has claimed that she “never wore shoes” and “hated wearing clothes”. She later attended the prestigious Rhode Island School of Design for apparel design. She was incredibly successful in school, participating in internships with Anna Sui during her sophomore year and threeASFOUR during her junior year. Her senior year collection was a symbol of her gothic aesthetic, being completely comprised on black. Her first fashion show at Mercedes Benz Fashion Week would be only three months following her graduation during September 2009 at the Tribeca Grand.

These looks all appeared in one of Gallagher’s first collections, named “Shroud”. This collection once again concentrated on Gallagher’s use of black, but it also demonstrates her talent for draping. Now, drapery has become a lost talent for new designers–too many concentrate purely on creativity and construction. While some may find it quite strange, I also love her use of mask on the model, as it exaggerates the mysterious nature of her clothing. 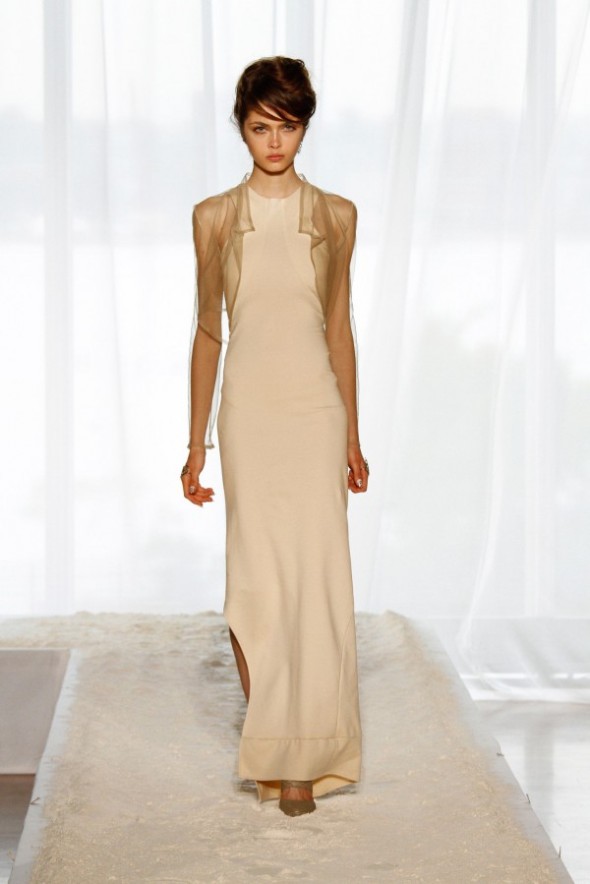 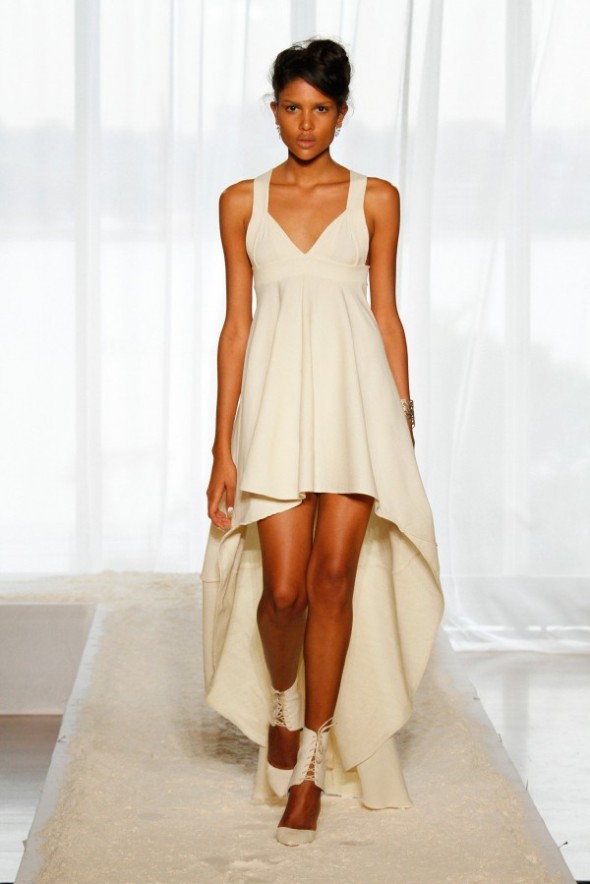 In my opinion, Gallagher’s Spring and Summer 2013 collection (seen above) is not only my favorite collection to come from her, but also demonstrate her versatility. While the cutouts and body con fit allow for the looks to continue to be edgy, the light cream colored fabric and gold accessories give a slight touch of glamour to the look. Once I so this collection, I realized that Ms. Gallagher is not just any run of the mill designer–she is a legacy in the making.

This is a photo of R & B star Keyshia Cole in a Rebecca Minkoff pant, Giuseppe Zanotti black booties and a Katie Gallagher coat. This is one of the best examples of constructions that I have ever seen, and the jacket fits perfectly on Ms. Cole’s frame. I am also in awe of the color, which is the most beautiful shade of yellow that I have ever feasted my eyes on. 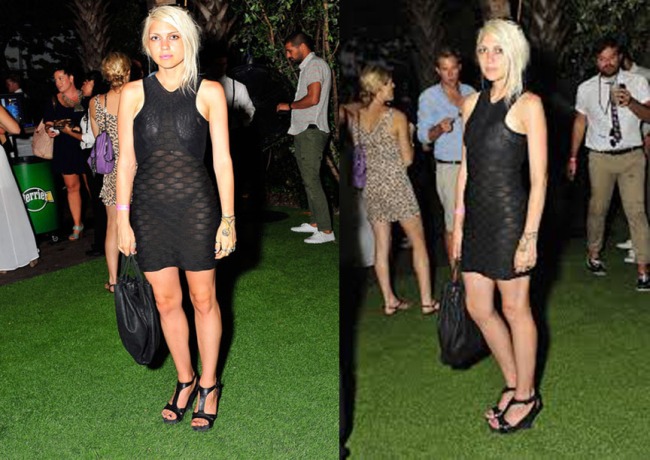 My second celebrity that Ms. Gallagher has dressed is….herself! I think that wearing your own clothing is the best type of advertisement. Ms. Gallagher wore this dress to Wildfox Swim Cruise 2014, and for this reason the sheer material is appropriate for the event. I just love how she keeps her aesthetic at an unrelated event-it shows her dedication to her style. I really do believe that Ms. Gallagher will continue to grow, and I hope that I have the ability to see her show in this upcoming Mercedes-Benz Fashion Week.

Hello friends from every corner of the world! My name is Naa and this is Adolescent Chic - a blog dedicated to covering both my life and the world around me.