I’m so sorry that I haven’t updated in so long. However, I am now back to a more regular schedule and decided to start with another edition of Designer Decoding! Today I am going to cover the new up-and-coming designer Sofia Sizzi, the incredibly beautiful and talented creator of Giulietta New York. Her looks have been seen on the likes of Miranda Kerr and Michelle Williams. Her aesthetic can be described as flattering, classy and sophisticated. Here you go: 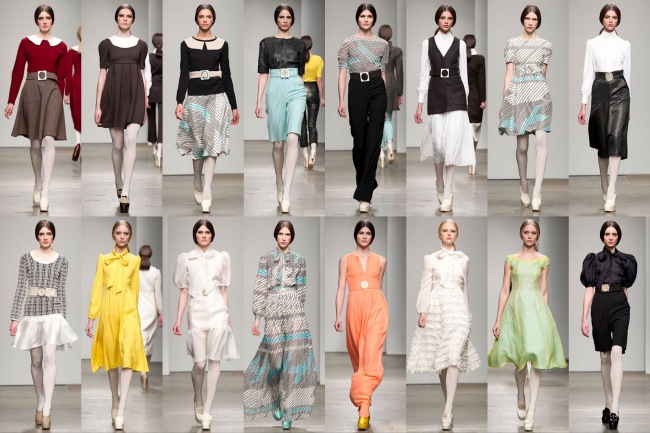 This Italian Beauty originates from the great land of Florentine, Italy and started her fashion career at age 20. In 2001, Sofia Sizzi moved to New York and worked the prestigious job as a shoe and accessory designer for Donna Karan and Calvin Klein. In 2009, Sofia launched her own design consult company known as Imagina. In a mere three years time, Sizzi would introduce her fashion label, Giulietta New York, in the Fall 2012 Spring Summer Mercedes Benz Fashion Week. Most of Sizzi’s inspiration can be found from vintage films. 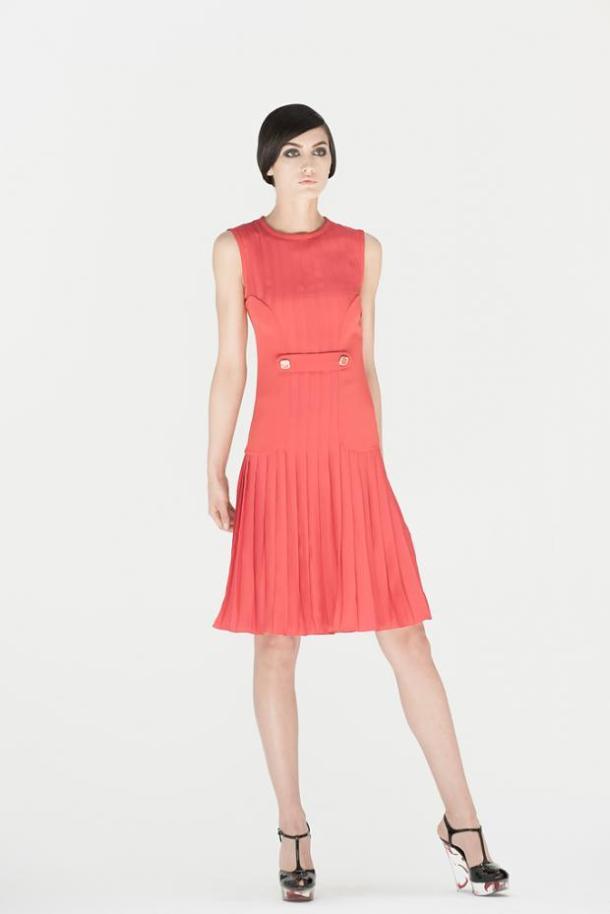 All of these looks come from the 2013 Resort Collection of Giulietta New York. As you can see from the light fabrics of cotton and chiffon, the looks are meant to be worn during the summer months. I am in love with extraordinarily feminine looks of the first and third design, especially the black collar on the first outfit. The looks prove true to Sofia’s aesthetic of 60’s sophistication. Also, I love the menswear inspired suit found in the second look. It is a breath of fresh air in the predominantly feminine collection, and nothing is more sexy than a tough, independent woman.

Both of these looks appeared in Giulietta’s Spring 2013 collection, and represent Sizzi’s talent with textures and prints. The first look is a great take on the metallic trend that has taken the fashion world by storm, using a well-constructed bodice connected to a multi colored midi skirt. This outfit is both dramatic and fun, which is two things that I always look for in an outfit. The second look is an evening gown, and the silhouette hangs off of the model’s frame perfectly. I am particularly impressed with the keyhole design on the front. 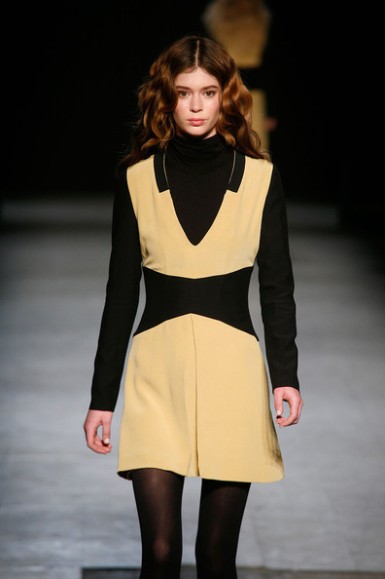 Both of these looks appeared in the Fall 2013 collection of the Giulietta New York collection, and shows that dresses can be worn during the colder months. Through matching the ensembles with printed tights and beautiful long sleeved blouses, the collections adds a classic sophistication to the skirts. Also, the second look uses a very flattering form of color blocking to accentuate the models form, making it appealing for all body types.

These are just a few examples of current celebrities that have been spotted wearing some of Giulietta’s signature frock’s. In the first photo, the chic Michelle Williams is rocking a flared black-and-white printed dress from the 2013 Resort Collection. Now, while I appreciate that Michelle is trying to make the dress more individualistic, I actually prefer the original dress. I feel that the sheer neckline would have been far more appealing on her frame. 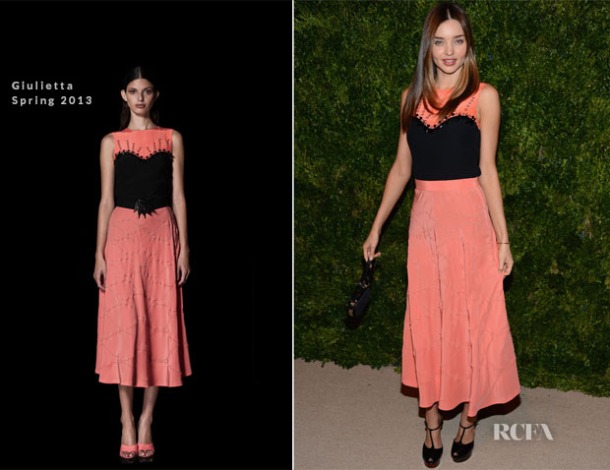 The incredible former Victoria Secret Model Miranda Kerr was spotted wearing this beautiful midi gown from the 2013 Spring Collection. I am completely in love with the pink and black color combination of this gown, as the pink adds a cute and subtle playfulness to the dress while the black toughens up the look. I actually prefer Miranda in the dress as I feel that both her styling and makeup look gorgeous. 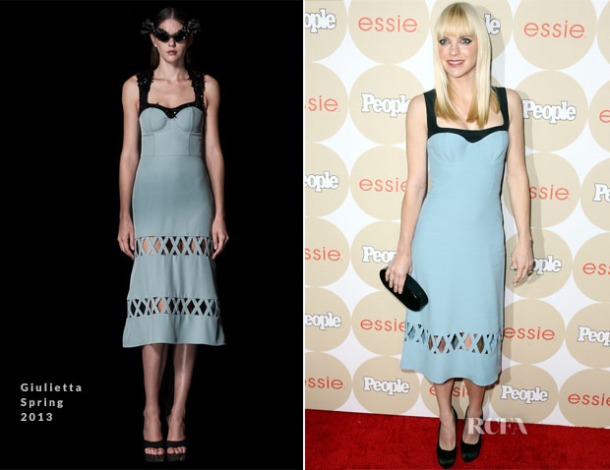 Last, but certainly not least, the hilarious Anna Faris was recently seen wearing this gorgeous cutout teal Giulietta dress from the 2013 spring collection. I love the detailing of the gown, particularly the black straps, bustier top and cutout skirt. The drama added to this midi look is both retro and chic. However, I do prefer the overall look on the model, as I feel that the original dresses extra cutouts added something amazing to the look, in comparison to Faris’ much more tame perspective.

Hello friends from every corner of the world! My name is Naa and this is Adolescent Chic - a blog dedicated to covering both my life and the world around me.